Trust takes time to earn and only seconds to lose. Quite frankly, distrust in your team is the one thing you can’t afford if you want to run a successful business.

As a leader, you can certainly dictate to your team that they trust each other. In reality, that’s a strategy that can lead to resentment and discontent. Even team-sabbotage.

Not sure if your team is as strong as you think it might be? Here’s what distrust looks like in your team to help you sort it out.

Your staff members talk to each other, but in a cursory way.

In other words, conversations are very matter-of-fact. There’s not much interpersonal interaction or open body language when they are engaged in conversation.

This also shows up when you’re leading a meeting or having a one-on-one with a team member.

If you’re the one doing 99% of the talking, you’re likely dealing with some latent distrust from your team.

There’s a general lack of follow-through from team members on completing what they commit to doing in the time frame given.

This may be a subtle clue at first.

As in, the tasks that may fall to the wayside are ones that aren’t in the core job description of the team member. But eventually, it will pervade into regular assigned daily tasks.

Resistance shows up as a kissing-cousin to inconsistency.

Instead of showing up on the back end of not getting all their things done, the team member will outright reject the assignment in the first place. At least, in the most extreme cases.

Other times, resistance rears it’s head as anxiety from a team member that they relay to you or another team member when they’re dangerously close to a deadline on a task they’ve procrastinated.

A PERVASIVE “I” ATTITUDE

Granted, when presented with a choice on whether to do or not do something, the natural question anyone asks themselves is, “What’s in it for me?”

If the only answer your team member can come up with when you assign them a task is, “My paycheck,” you have a bigger issue at play.

Teams that understand their role in your mission as a business will have a pervasive, “We’ve got this” attitude instead.

Nobody who feels negativity all around them at their workplace is going to jump out of bed excited to show up for the day.

That’s what makes negativity in the workplace so dangerous.

Even the most committed and optimistic team members are susceptible to the far-reaching effects of a negative environment. If the energy feels low in your workplace, check-in on the energy of your team.

Negativity’s close friend, conflict is a sure sign your team doesn’t trust each other. Or worse yet, you.

Conflict doesn’t have to show up as outright voice-raising either. In fact, many times, it shows its face as passive-aggressive behavior.

Internal or external, unresolved conflict amongst your team members is a sure sign of distrust.

YOU SUSPECT HIDDEN AGENDAS AT PLAY

This concept may be a bit foreign to you. It’s more about using your intuitive sense than your logical one.

If you have a “gut feeling” that one or more of your team members is operating with the intent to manipulate others into producing an outcome that is contrary to yours, you’re probably right.

What’s even more eye-opening is the realization that the team member with the hidden agenda may not even be aware that they have one.

Also called silos, these are pockets of team members who form a pack, much like animals who hunt do.

The intention of a clique is to form a tight partnership with one or two other team members that they “trust” and to isolate the rest of the team who they distrust.

Interestingly enough, even members inside the clique may not trust each other fully, but they bond as a form of protection because they are more alike than other members of the team.

HOW TO FIX DISTRUST IN YOUR TEAM

Strong leadership is the way to overcome distrust and to foster a workplace environment based on trust.

And, while it would be fantastic to have instant trust and rapport with and among your team members, it’s not that simple.

It’s a process that takes daily practice. Not just in the workplace, but at home too.

Leaders need to model what a trusting relationship looks like if they want to grow strong teams.

To do that, there are five essential steps.

Being certified in Conversational Intelligence, one of the concepts I adopted quickly into strategy as a leader are the following trust-building steps.

Each of these steps comes with its own set of parameters and exercises you can use to develop these characteristics.

Is your team showing one or more of the signs of distrust mentioned earlier? Maybe it’s time for a team-building outsider’s perspective.

For a deeper understanding of how you can use each of these steps to develop a team that trusts, schedule a free strategy session with me. I’ll listen to what’s happening with your team right now and give you some actionable takeaways to use to improve your workplace environment. 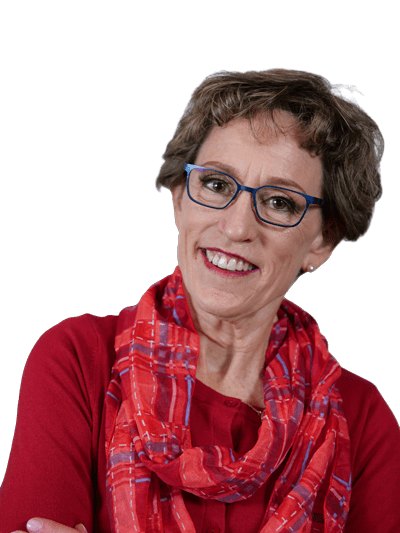 Enter your contact details to be notified when The Ultimate Recruitment, Retention, and Team Culture Program course goes live.